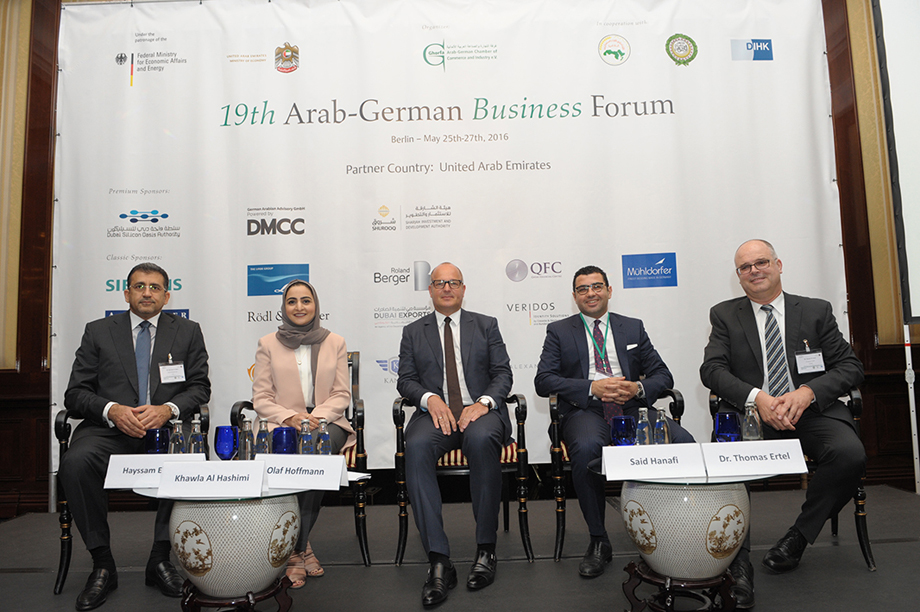 Lecturers at the Arab-German Business Forum on May 27th 2016 with bw-engineers Stuttgart Managing Director Dr. Thomas Ertel on the right

Managing Director Dr. Thomas Ertel was present at the 19th Arab-German Business Forum from 25th to 27th May in Berlin. More than 600 leading experts and decision makers from business, politics and science attended the high-ranking conference that presents the essential networking platform to create new and enhance existing business relationships. Current and perspective cooperation in fields of e.g. Infrastructure Megaprojects between the Arab world and Germany that traditionally share close business ties was addressed. Accordingly, Dr. Thomas Ertel held a lecture about recent experiences in facility management and design of infrastructure projects in Saudi Arabia.

This year, Germany joins the Saudi Arabian National Festival for Heritage and Culture “Janadriyah” as the guest of honor. Close links have been established between companies like bw-engineers from the Southwest of Germany and partners from Saudi Arabia. Based on this close relationship, the state of Baden-Württemberg took the opportunity to participate as a partner for the German pavilion at the Janadriyah festival 2016, providing the platform to key companies from Southwest Germany.
According to the motto “innovation as tradition”, Baden-Württemberg features small-and medium-sized trading, industrial and craft enterprises as well as engineering service providers to present projects and solutions that will foster the continuous development of the Kingdom. bw-engineers as one of the leading consultant engineers from Germany active in the Kingdom are part of this Baden-Württemberg presentation.
At the opening ceremony Feb 3rd we took the opportunity to network with the high level delegations from the Kingdom and Germany. 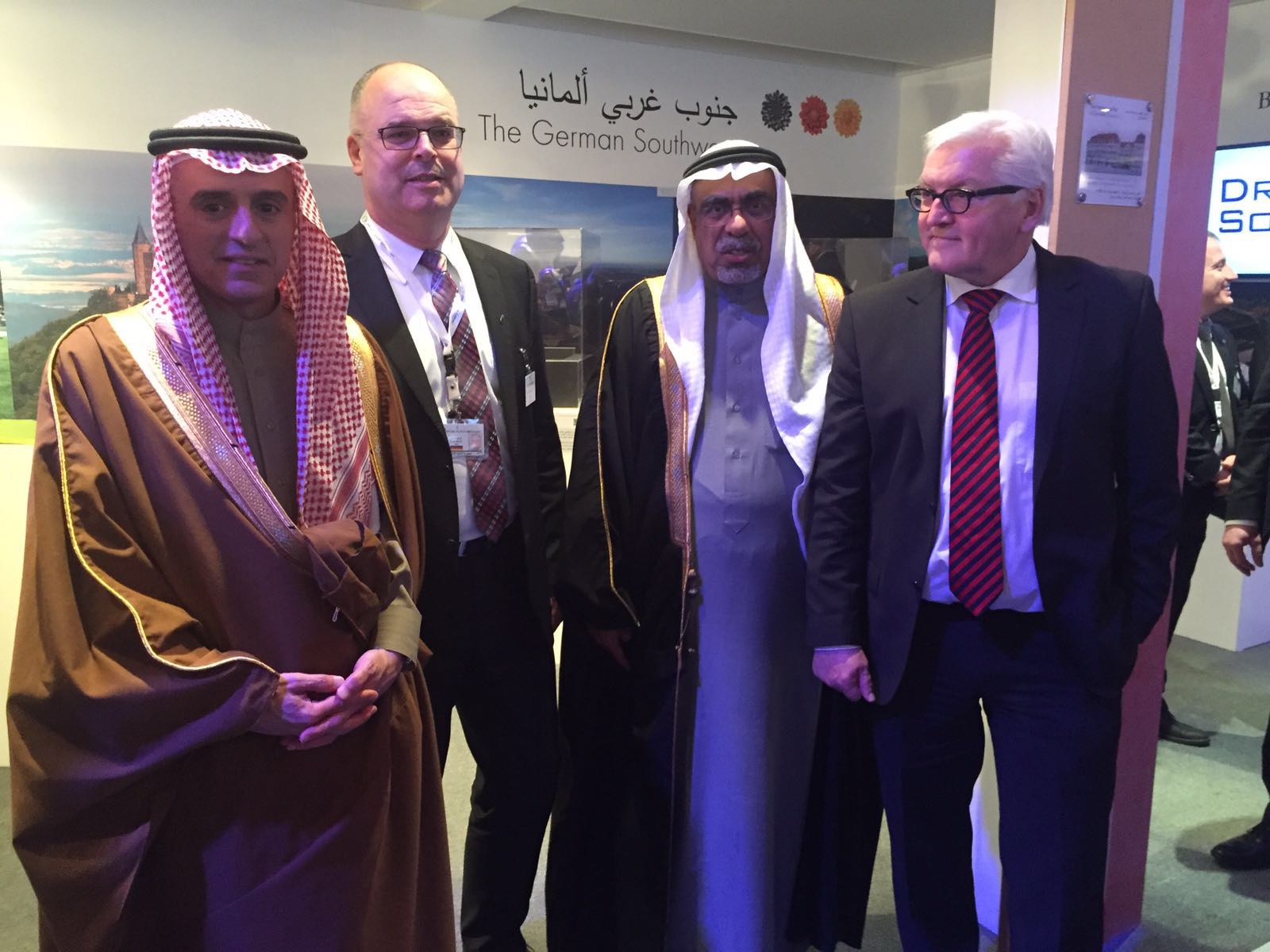 The Ministry of Finance and Economy promotes the cluster project “Meta-Cluster Engineering“ of the cluster initiative bw-engineers from Stuttgart. For the three-year project about 190.000 Euro are provided by the European Fund for Regional Development (EFRE).

When handing out the grant agreement on 23 September 2015 in Stuttgart the Secretary of State Peter Hofelich stressed the importance of viable cluster and innovation platforms (CLIP). The bw-engineers consortium provides engineering services with interfaces to environmental technology, resource efficiency and lightweight construction. As a key innovation driver the cluster initiative is entitled for project funding within the Operational Programme “Innovation and Energy Transition”.

The Meta-Cluster initiative from bw-engineers is supposed to gradually pave the way for medium-sized engineering firms in Baden-Württemberg into the Arab market. Especially the Gulf States are an attractive future market for the SMEs in Baden-Württemberg. Thereby, the Meta-Cluster project allows them not only to extend their activity abroad, but, at the same time, to intensify their regional ties with partner firms on the national level.

As part of the support programme a joint contact point in Riyadh for the engineers from bw-engineers and bw-construction will be established. Combining engineering design with handcraft and construction services is supposed to extend the service spectrum of both cluster initiatives. It is now the task of the cluster management to coordinate the cooperation with the general aim to so strengthen the excellent reputation and image of Baden-Württemberg on the international scale. A further priority is given to the implementation of innovative BIM-concepts (Building Information Modelling). 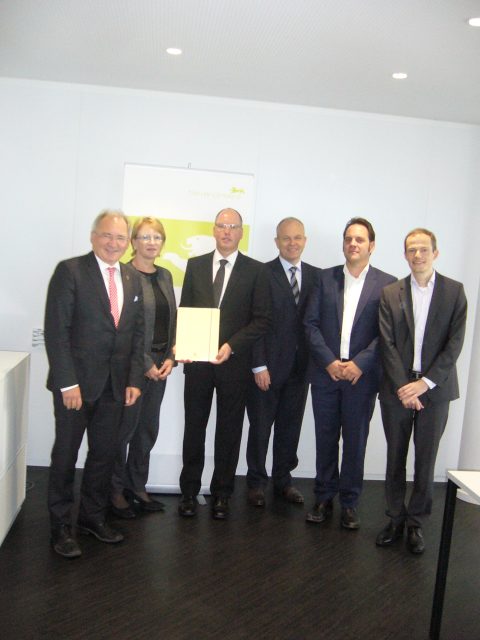 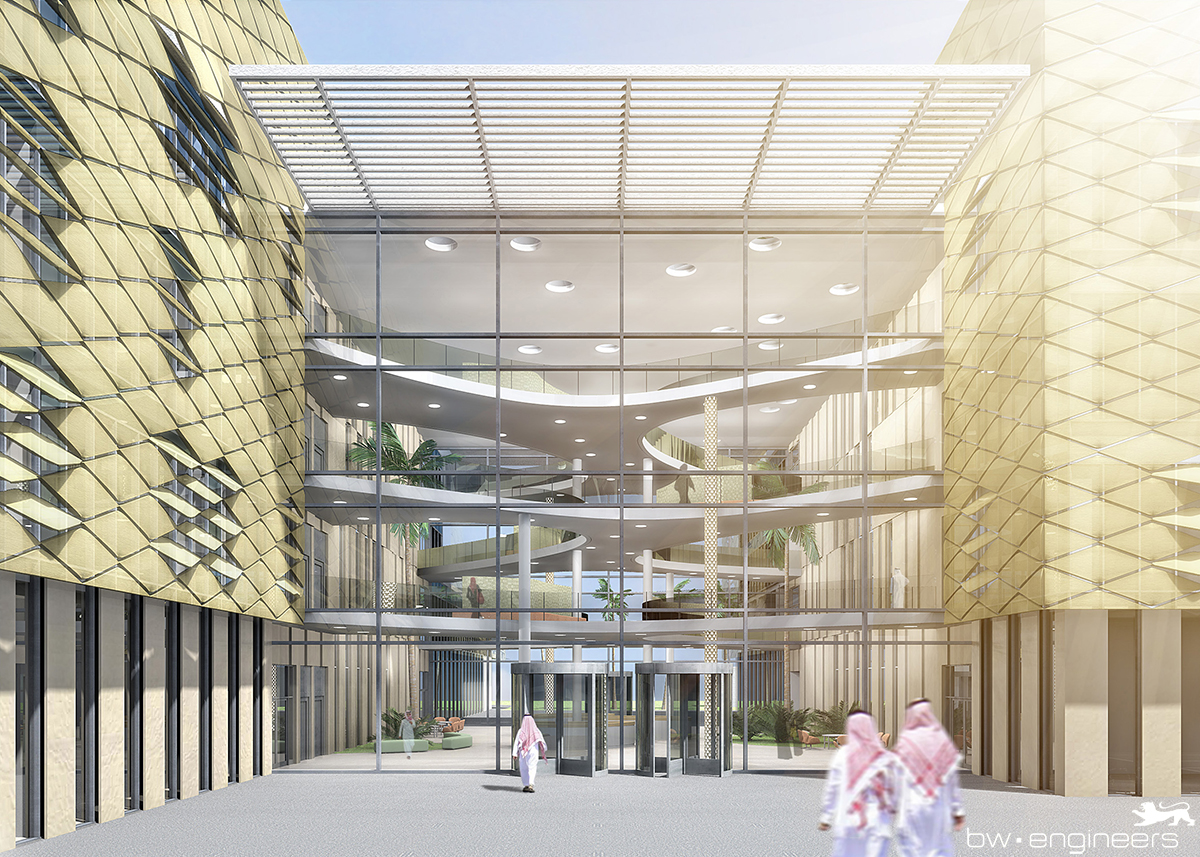 bw-engineers submitted the concept design for a Forensic Center prototype to its client Ministry of Health. Combining forensic autopsy, clinics, laboratories, conferencing and administration in one building, the 14.000m² large center becomes a showcase project in the Middle East.

bw-engineers had the honor to host a delegation of five managers of its Saudi Arabian client Ministry of Health. With view to strengthen ongoing and future cooperation, medical manufacturers and reference projects were visited across Germany (picture: Ellwangen Clinic). 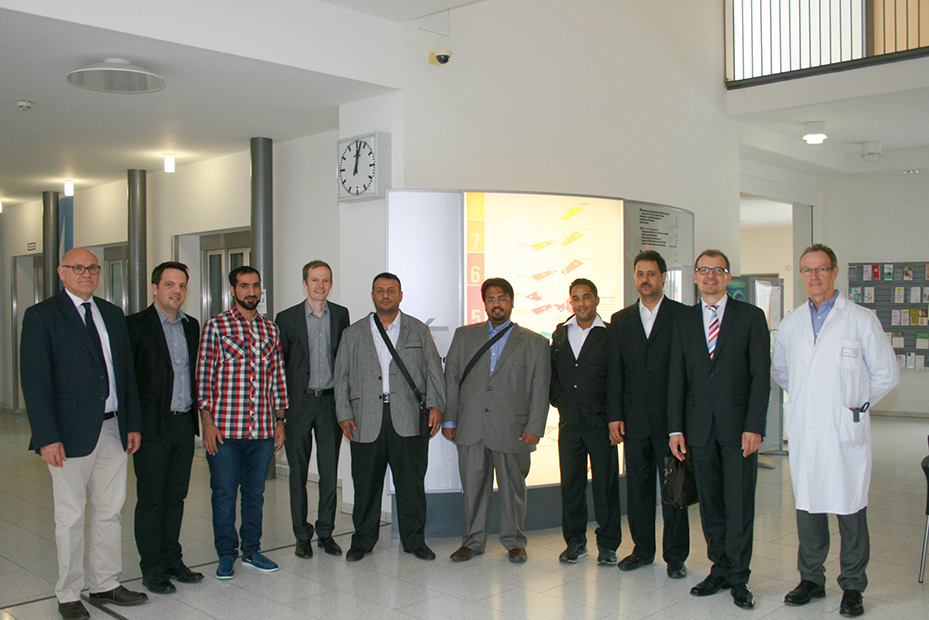 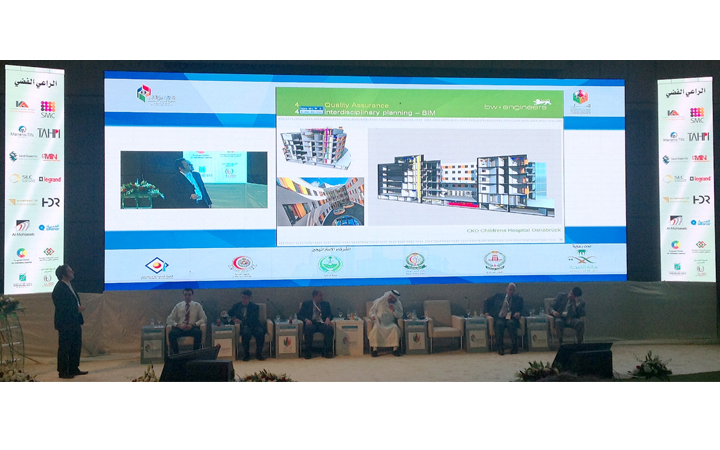 bw-engineers was invited by the Saudi Umra Society to hold a lecture on „Healing Environments in Childrens Care“ at the 3rd Saudi Forum for Planning and Design of Hospitals. The lecture was held by Mr. Marc Eggert.

The Ministry of Health appointed bw-engineers to design prototype Forensic Centers. With the medico-legal death investigation system in the KSA being unique in the world, bw-engineers will design a show case holistic forensic center for the Middle East. 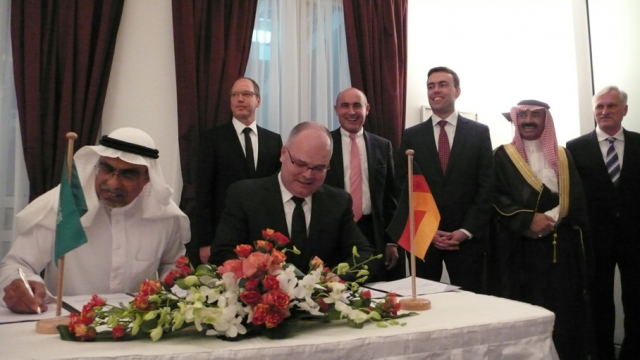 At a reception in the German Embassy in Riyadh in early December bw -engineers CEO Dr. Thomas Ertel and Engineer Mohammed Al Guwaihes signed their joint venture agreement in the presence of Baden-Württemberg Minister of Finance and Economic Affairs Nils Schmid and the Saudi Economic and Planning Minister Muhammad al – Jasser.  Thus bw -engineers is permanently present in Saudi Arabia.

For several years engineers from Baden-Württemberg have been active in the Kingdom of Saudi Arabia. As an initiative of the Chamber of Engineers  and the Ministry of Economy Baden- Württemberg , the consortium „bw – engineers GmbH “ was founded in 2008. Bw -engineers bundles planning offices of different sizes and technical disciplines to act jointly under this brand in foreign markets. The network with over 800 planners and engineers operates in the Kingdom of Saudi Arabia with a big success: bw- engineers GmbH together with their Saudi partner , Mohammed Al Guwaihes are establishing an engineering company in Saudi Arabia, the “bw -engineers Arabia” . Engineer Mohammed Al Guwaihes spent over 30 years as an engineer and head of department in the Ministry of Water and the Ministry of Health and he was a member of the Shura Council for 12 years. Since 4 years he has been running his own engineering consultancy focused in project management and construction. He is also a board member of the Saudi Council of Engineers.

Signing the Joint Venture Agreement: bw -engineers CEO Dr. Thomas Ertel and Mohammed Al Guwaihes at the German Embassy in Riyadh under the eyes of the Ambassador Dieter W. Haller, Minister of Finance and Economic Affairs of Baden Württemberg Nils Schmid and representatives of the two Chambers of Engineers .

Minister Nils Schmid, who politically supported the establishment of the agreements on its trip to Middle East, said: „These activities of the Baden-Württemberg Chamber of Engineers are remarkable. This agreement is a tremendous success for engineers from the Southwest of Germany . „

The friendly bilateral relations between Germany and Saudi Arabia facilitate the increasing engagement of bw-engineers in the Kingdom. Saudi Arabia is the largest economy in the Arab region and the world’s largest oil producer. A current development plan of the Saudi government provides substantial investments of about 385 billion USD in construction and infrastructure, health, transportation, education and energy. Bw-engineers will participate in the implementation of these infrastructural investments.